If there is one action that Josh Koscheck would want to make clear, then it is that, that he is not in need to do this. 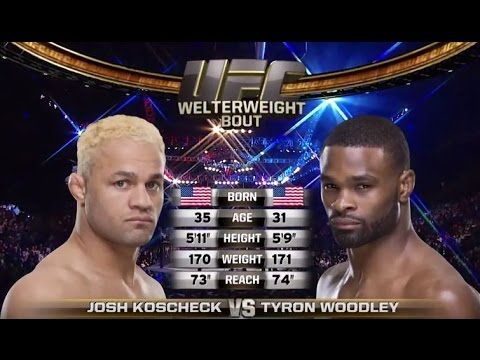 In fact, it is a bad idea. Koscheck is now 39 years old and he started wrestling from the age of 4.

Presently, the neck of this Koscheck is so bad that it is getting injured in between over the time.

And if someone thinks, this is an exaggeration, and then it is not. In the year 2001, Koscheck went through the surgery, which involved fusing his fifth and sixth cervical vertebrae, and this was the time when he didn’t even start his career as a fighter. And recently he suffered the problem of bulging discs both below and above the site of the surgery, and this has left him with painful nerve damage. Because of this problem, he has become incapable of using his left arm.

This summer will see one of the most important fighters in the history of the UFC come to Pictou.

That is no other person than Diego Sanchez.Sanchez is expected to headline the Chokes by the Ocean event holding on July 29 and at the Decoste Performing Arts Centre.

The fighter, who is more commonly known as The Nightmare, will be in the main event. He is expected to face Mike Wacker, a second-degree black belt who currently trains out of Black Hole Jiu Jitsu in Wappingers Falls, New York.

Sanchez began his fighting career back in 2001 as a mixed martial artist. However, his big break came in 2004 after he became one of the 16 competitors chosen to be in the first season of The Ultimate Fighter.

The Nightmare was able to scale through the middleweight tournament whilst also defeating Kenny Florian to become the season one winner alongside Forest Griffin.

They were part of the group that included the likes of Chris Leban, Stephen Bonnar,and Josh Koscheck.

Next month will see the UFC in a return to the “Music City” and its lineup for the return, continues growing as the days roll by.

Reports emanating from the Los Angeles Daily News has it that a welterweight fight between Jake Ellenberger (31-12 MMA, 10-8 UFC) and Mike Perry (9-1 MMA, 2-1 UFC) has now been included in the card. However, the booking is yet to be announced by the officials.

The next month’s UFC Fight Night 108 will be including a featherweight matchup between Artem Lobov and Cub Swanson and is scheduled to take place at Bridgestone Arena in Nashville on April 22. The card will air on FS1 after prelims on UFC Fight Pass, although the bout order is yet to be completely finalized.

Former welterweight world title challenger Josh Koscheck is considering his future at the UFC having lost for five consecutive times, and the second time in three weeks. 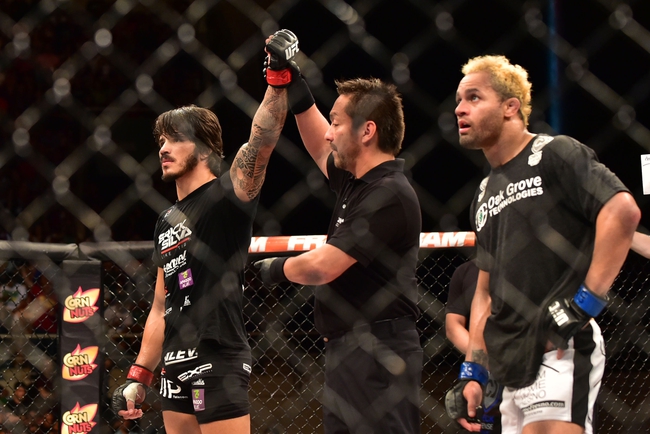 After his last defeat, the 37-year old didn’t state if he would be retiring anytime soon.

“I can’t make that decision right now, I’ll go home and talk to the old lady, and we’ll see what happens,” he said after the match.

Koscheck, who owns a thriving business says he has other things he can do besides contesting week in week out in the UFC. However, he wants to take time out to consider what’s next for him.

“I do have a lot of stuff going on outside the UFC, I’m pretty busy when it comes to other businesses and things, so I think I will take right time and make the decision when it comes,” he said.

Not all players who sign up get fights scheduled immediately. 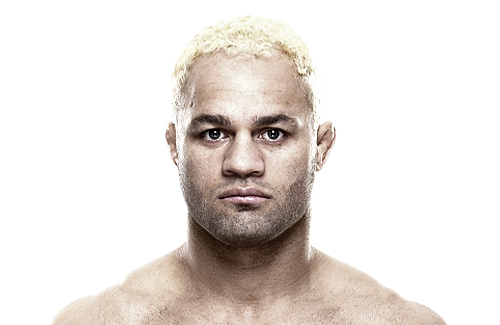 The much awaited is Josh Koscheck, who had signed up with Bellator. This had taken place last summer. It had got the fans all excited about seeing him in Bellator events. However, it is yet to be showcased as no fight for him has been scheduled yet with the promotion. For those who have been awaiting news of Josh’s fights, they will be pleased to hear that there is an upcoming fight with Paul Daley. It would be a rematch with Paul. The last fight had taken place in 2010. With the number of years that have passed since the last fight between the two fighters, there is much anticipation in the air.

The event has been finalized and will be held in London. It is to be held during the summer season this year. For those who are interested not to miss out the event, they need to keep a lookout for Bellator 158. Any news of this event will showcase when these two fighters will take the ring.

Josh Koscheck is not hard to find nowadays as are his upcoming fights that are much talked about.

He had signed on with Bellator, which occurred last summer. However, fights with this company are yet to come on as Koscheck has announced his intention to fight Paul Daley. It would be a rematch of their first match. Fans would certainly be excited with the prospect of seeing a rematch of a fight that had originally taken in 2010.

The event is scheduled to take place in London this summer as part of Bellator 158. Josh is looking to regain back his stature. He is looking at cutting the losses he has suffered in the last few fights. On the other hand, Paul Daley was having a winning streak over the last few fights. He is at 15-4 when he was cut off from the UFC as he delivered a sucker punch to Koscheck. Indeed, the animosity between the two fighters is what fuels the excitement about this match. There is nothing like the hatred between two fighters which urges fans to be sure to be present to watch the match.

Ultimate Fighting Championship or UFC Featherweight fighter Diego Brandao has predicted a stunning defeat for Conor McGregor at the hands of reigning UFC Featherweight champion Jose Aldo which will all but shatter his dreams of becoming world champion. Moreover, he has also offered the Irishman the chance of a rematch against him if and when the Brazilian ends his world title hopes.

The Brazilian will return to the cage this week, almost a year since his own spectacular defeat at the hands of Irishman at UFC Dublin but despite that humbling, he is up for another fight and wants to even up the scores against the Dubliner.

According to Brandao, he cannot wait for the match between Conor McGregor and Jose Aldo, adding that his compatriot will take the match and he hopes that McGregor will give him a rematch after he gets beaten. He added that McGregor has no idea how to approach a five round duel, mentioning that he was not trained when the two of them met.

But instead of making excuses, Brandao said that the world will now find out that the Irishman is not all that he says he is. He mentioned that he did not get inside his head and he just wasn’t there mentally for the fight. However, McGregor still won the fight and the Brazilian hailed his achievements and he says he has deserved his shot at the title, but everyone will find out that he is something entirely different.